Neither or either? The Difference Between Neither and Either and How to Use Them

Neither or either? Understanding the difference and learning how to use them.

The English language is full of fun little rules that can make learning the language a bit complicated. This article will help you to understand the difference between neither and either. Two words that sound similar but have different meanings.

Definitions of Neither and Either

Let us first have a look at the definitions of the words. That should help to clear things up a bit. Firstly, neither has negative connotations. It means not either. This might sound a touch complicated, but just remember that neither is often defined as none of. The dictionary definition is not one and not the other of two things. For example, “Neither one of the children were well behaved.” Meaning none of the two children were well behaved. And, “Which one you would like to do? Neither, both are terrible.” Meaning, I do not want to do either option.

Some other examples of neither being used correctly are:

We have two dogs, neither one can sit.

Jenny didn’t go to the park, neither did Jane.

Neither Ben nor Max will talk to the other.

And now let’s look at Either

Moving on, now looking at the word either. Either is used when referring to a choice between two options. For example, “Either one deserves to win.” Or, “Either you leave, or I will phone the police.” It can also be used in a negative way, instead of the words also or too. So, if you’re familiar with these words, you can mostly use either instead and the meaning will remain the same. Examples of this could be, “I haven’t visited there either”. Or, “This dress doesn’t fit me either.”

Some other examples of using either correctly are:

This is a good restaurant, it’s not expensive either.

Would you like to eat now or later? Either is fine.

You can either jog or run.

It is often hard to test yourself on this rule, as the missing word sentences you will usually be given to practise, can be right with either option. However, this will change the meaning. For example:

Either candidate is right for the job.

Both candidates are right for the job.

Neither candidate is right for the job.

Both candidates are wrong for the job.

In this example, it is easy to see the difference between the words. The top tip below will help further!

Top Tip for remembering how to use Neither or Either

If you need to remember which way around these two words belong, there is a simple trick to help you. Neither, is negative. You can remember this because neither and negative both start with an ‘n’.

Remember, neither is often used when both options are not acceptable. Either tends to be used in a positive way, when one option will be chosen. If you get confused with these two words, do not worry! People that have been brought up speaking English still get these wrong. Practise makes perfect, so look at the examples given and remember the top tip!

Enjoyed reading this? Take a look at our latest English grammar article, ‘Passed vs. Past: What’s the Difference?’…

Master English with our range of language courses in the UK, USA and Canada. Whether you wish to study English for general, professional or academic purposes, we have a course for you! 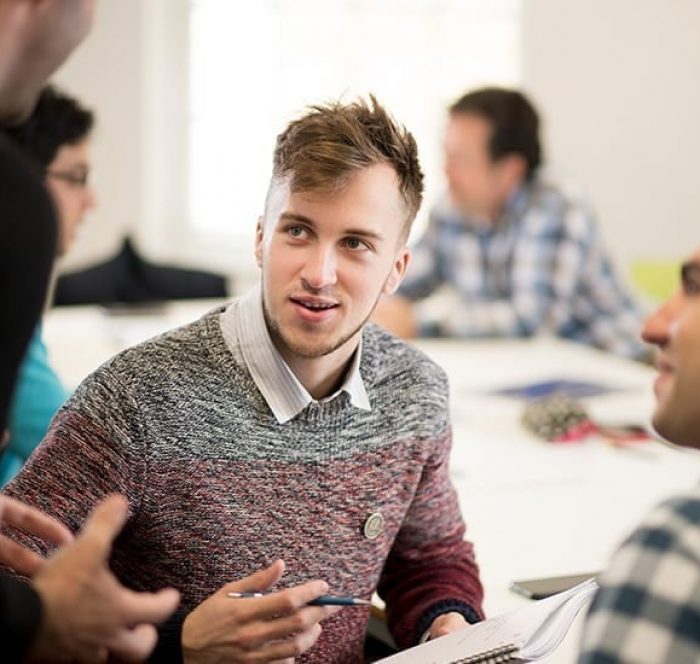 Our most popular course, General English suits every level of learner. It builds general proficiency in English by working on the four main language skills – reading, writing, listening and speaking.